WHY ARE NON-WOVEN BAGS GOOD FOR BUSINESS? 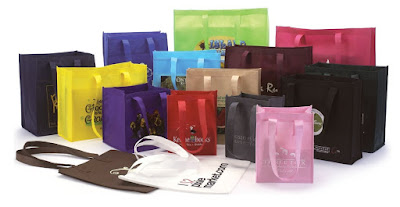 Non-woven bags are bags made from non-woven polypropylene (PP) fabric. This fabric is made with spun and bond polypropylene fiber, which is soft, smooth and air-permeable. In a spun laid non-woven material the fibers are directly taken onto a moving web which arranges them randomly. The unprocessed web looks somewhat similar to cotton. The fibers on this web are then bound together thermally or mechanically. This material makes non-woven bags durable, attractive, breathable, reusable, water resistant, hypoallergenic, fire resistant, soft, light, and sometimes washable. The material for these bags is strong enough to last up to 5 years. An additional benefit of these bags is that they are easily printed with a company logo and advertisement; non-woven bags are a great tool in corporate branding and are attractive as gifts. Shoppers gain a beautiful bag which they will reuse while the company get the promotional boost whenever the bag is used.

2. Why are non-woven bags good for businesses?

Easily printed with company logo and advertisements.
Inexpensive
Reused by customers for continued advertising years down the road
Much more durable than plastic bags
Easily cleaned
Attractive to customers
Thermal bags will keep items warm or cool
Shows concern for the environment 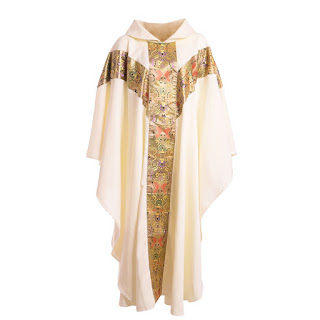 Proper care of vestment is real economy and adds many years to their service. The following suggestions will help in preserving the sacred vestments.

Chasubles, dalmatics and their accessories, such as stoles, etc, if stored in drawers should be laid flat. Care should be taken to see that there are no wrinkles or folds in them. The stole, maniple, veil and burse, should be laid flat upon the respective chasuble set to which they belong. All should be covered with a cloth to protect them against dust. If the vestments are hung in the cabinet, there should be a hanger for each set. This hanger should be provided with a device or a crossbar, on which the accessories to a chasuble such as maniple, stole, veil, etc may also be hung. A cloth to protect them should be hung over each set.

If the chasuble is ornamented with raised embroidery, especially of gold or silver, a pad should be put between the embroidery on such vestments be not injured or subjected to cracking, it is in advisable to fold the vestments inside out when laying in drawers.
About us:
SHINESUN INSDUSTRY
Head Office: 20/9 Dinh Bo Linh Str, Ward 24, Binh Thanh Dist, Hochiminh city, Vietnam
Factory: 6A Group, Bao Vinh A Hamlet, Bao Vinh Commune, Long Khanh Town, Dong Nai Province
Phone: (+84) - 835015089
Email: info@shinesun.com.vn
Website: http://www.shinesun.com.vn
Posted by Unknown at 1:18 AM No comments:

HOW TO PUT ON YOUR KARATE GI? 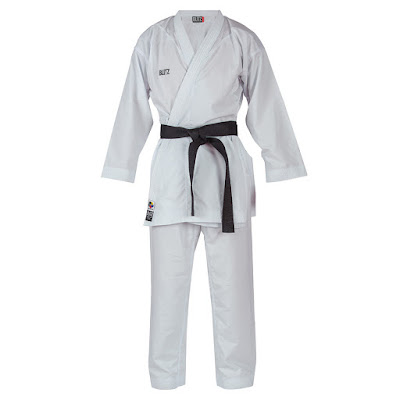 How to Put on your Gi
How to tie your Obi

Why do we wear Japanese Uniforms and not Kung Fu Uniforms? 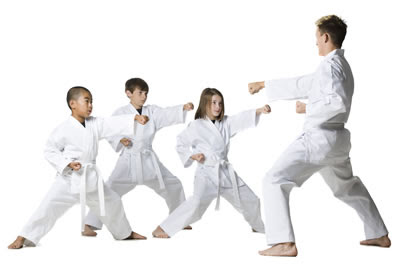 This is a very common question as our style incorporates Shaolin Kung Fu in its teachings, yet we are called “karate”. This is mainly due to two reasons. One – the first thing you learn is japanese style Karate, usually until you hit green belt. After that your training shifts more and more into kung fu and jiu-jitsu. The Second – practicality. Since Karate outfits are very durable and strong, and since our style does use grabs, holds and throws, practicing with a kung fu outfit may result in tearing, and thus we use the stronger japanese karategi.

nd about eighty inches long. It has either a uniform width throughout, or is somewhat narrower towards the middle, widening at the ends in the shape of a trapezium or spade.
A small cross is generally sewed orembroidered on the stole at both ends and in the middle; the cross, however, is prescribed only for the middle, where the priest kisses the stole before putting it on. There are no express preceptsconcerning the material of the stole, but silk, or at least a half-silk fabric, is most appropriate. Stoles for festivals are generally ornamented with embroidery, especially what are called vesper stoles".
Present us
The stole is worn only by deacons, priests, and bishops. For deacons and priests it is the specific mark of office, being the badge of the diaconal and priestly orders. The wrongful use of the stole bysubdeacons, therefore, would imply the usurpation of a higher order, and would constitute an irregularity.Deacons wear the stole like a sash, the vestment resting on the left shoulder and thence passing across the breast and back to the right side. The stole of the priest extends from the back of the neck across the shoulders to the breast, where the two halves either cross each other or fall down straight according as the stole is worn over the alb or the surplice. The stole is worn by a bishop in the same manner as a priest, except that it is nevercrossed on the breast, as a bishop wears the pectoral cross. As a mark of order the stole is used in a specialceremony, at the ordination of deacons and priests. At the ordination of deacons the bishop places it on the left shoulder of the candidate, saying: "Receive from the hand of God the white garment and fulfil thy duty, for God is mighty enough to give thee His grace in rich measure." At the ordination of priests the bishop draws the part of the stole that rests at the back of the candidate's neck forward over the breast and lays the two ends crosswise, saying: "Receive the yoke of the Lord, for His yoke is sweet and His burden is light." The Sacred Congregation of Rites has given a large number of decisions concerning the use of the stole. As a general rule it may be stated: the stole is only used, and must be used, at a function peculiar to the deacon, priest, and bishop, a function that presupposes the order (e.g., at the celebration of Mass, when the Blessed Sacrament is touched, when thesacraments are administered), but not for example, in processions or at Vespers. The wearing of the stole by thebishop at Solemn Vespers is an exception; its use by a priest while preaching depends on local custom. The stole is not a specific mark of parochial jurisdiction. The use of the stole is also customary in the Oriental rites, in which, as in the West, it is one of the chief liturgical vestments (Greek, 6pdpiov, the deacon's stole, andirrpaXXtop, the priest's stole; Armenian, urar; Syrian and Chaldaic, uroro; Coptic, batrashil). According to presentOriental custom the stole is a strip of silk about seven or eight inches wide, having at the upper end a hole through which the head is inserted; it is either undivided (Syrian, Coptic, and Armenian custom) or opens down the front from the opening for the head (Greek custom). Among the Chaldeans (Nestorians) the stole of the priestresembles that used in the West, and is, like this, crossed over the breast. The deacon's stole generally hangs down straight from the left shoulder both in front and at the back, but in certain rites is first wound like a sash around the breast and back. Among the Syrians and Chaldeans the subdeacon also uses the stole, but he first twists it like a scarf around the neck, the ends being then let hang from the left shoulder in front and behind.

Posted by Unknown at 8:00 PM No comments:

Posted by Unknown at 8:07 PM No comments:

Why We Wear Uniforms In The Martial Arts? 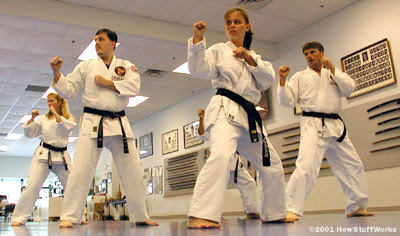 Uniforms – the foundation for success

The moment a student begins the martial journey, he or she receives a uniform and a white belt. It is a special moment, and you can see it on the student’s face. This sets the foundation for the entire martial journey. Here are just a few reasons why.

A symbol of commitment
The uniform demonstrates a student’s commitment to the martial journey. People who learn commitment at an early age are better able to persevere when life gets difficult. High school, college, graduate school, and a career all require commitment. So do relationships, friendships, and parenthood. Those who remain committed to their values, to the people in their lives, and to a career path, tend to live longer, happier, healthier lives. Teaching your child about commitment sets the foundation for success.

A symbol of unity
The uniform is a symbol of unity. It says, “we are one, and we are doing this together.” When a child connects to positive, goal-oriented peers in a family-friendly environment, he or she is more likely to make good decisions later on in life. Soldiers, police officers, and firefighters – heroes always seem to be in uniforms. For millennia the uniform has helped us draw strength from each other, and build the courage to face the challenges ahead. Not wearing the uniform sends the message, “It’s all about me.” Wearing it says, “For this hour, it’s all about us.”

A symbol of being in a special place

When a child wears their uniform, they see, hear, and feel that this space is different. The student gets the message, “I am here for a special reason. This isn’t like my other activities.” Every student of the martial arts, from Grandmaster DeMasco to the newest white belt, bows on the way into the dojo. Similarly, everyone wears a uniform. It builds a foundation for a student to accomplish things they can’t accomplish anywhere else.

Uniforms are just a smart idea. We move, jump, run, tumble, fall, grab, strike, block, and roll around in Kung Fu. Grandmaster hand-selected this uniform to stand up to the rigors of martial training. Lapels and seams have multiple stitching. The 7 oz. material is light enough for comfort, but strong enough to withstand being grabbed, rolling around, or kicking over the head. While the uniform represents important martial values, it is also excellent workout gear.